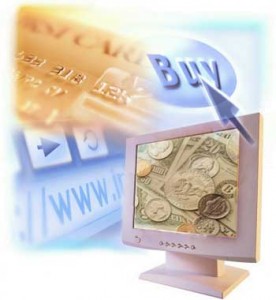 Digital Cash (or Electronic Money) refers to money that is exchanged only electronically via computer networks, such as the Internet. With the burgeoning e-commerce industry on the Internet, the implementation of digital cash has gained traction into a viable means of making transactions on the Internet. At the same time, the financial and Internet community were also facing several controversial issues arise from digital transaction over the Internet. I believe the benefits and convenience of digital cash should be obvious to anyone who has experienced any financial and business transaction over the Internet. Therefore, in this article, I will intend to open your eyes (or make some logical predictions) on the problems of digital cash system, such as fraud, theft, privacy and criminal issues. Some comments are made regarding the resolution of the flaws and loopholes found in digital cash implementation and the regulations implied.

Digital cash is the most revolutionary products developed in financial and Internet circles in this Millennium. These are designed to convert money to an electronic equivalent, present on either the chip of a smart card, or on the PC of a consumer. These systems generally provide for anonymity of the payee, though not generally for anonymity of the payer, as this person (assumed in most models to be a business) will turn in digital cash to a bank after receiving it. Some of these systems are designed to also allow the transfer of digital cash between users, primarily the smart card models. And these systems also raise the greatest concerns about duplication of electronic currency, money laundering, theft and loss.

The prospect of digital cash as a developing method of payment is both exciting and worrisome. Many different interest groups have issues, which must be addressed before digital cash, and electronic commerce can proliferate. Among these issues are anonymity and privacy, security, ease and cost of use, standards, infrastructure, control of the money supply and criminal activity. And the positions of some interest groups are directly opposite to those of others groups.

Digital cash will bring us benefits as well as problems. One major benefit of digital cash is its increased efficiency, which will open new business opportunities, especially for small businesses. On the other hand, it will bring us four problems: taxation and money laundering, instability of the foreign exchange rate, disturbance of money supply, and the possibility of financial crisis.

However, digital cash is more than that. Its transnationality has the potential to cause conflict between cyberspace and nation states. If digital cash spreads successfully in the 21st century, its history may be written as a record of its battle with nation states.

In this section, I will provide you with an overall picture of the general implementation of digital cash that is currently available in the market. I will attempt to review from both the positive and negative perspectives based on my personal experience.

First, I think digital cash are convenience in the sense that consumers can make purchases online with just a few clicks and thus promote paperless business transactions. Besides, this solution will allow consumers buy online at home at any time. This will most likely make purchasing anything actually cost the consumers less if one consider the money and time wasted to commute to shopping complexes.

Unlike online credit card transactions, most digital cash allows micro-payment on low-value products and services. This is important as micro-payments such as payments for viewing content on the Internet, downloading songs or getting information are becoming popular on the Internet. Besides, in contrast to credit card concept, this solution also targets teenagers, the most tech-savvy market segment that has untapped opportunities, to allow them for making payments online.

For business sectors, the concept of digital cash is too profitable for online businesses. As the prospect of online businesses is being explored businessmen are finding solutions for attracting potential customers and expanding business opportunities. With digital cash as the simplified medium of transactions, companies who partner with the service provider and adopt this digital cash will of cause get rapid acceptance by consumers and thus increase overall sales.

Maybe the most obvious potential disadvantages about the concept of digital cash is it’s privacy and security issues. Consumers fear that although the service providers try to ensure it is highly secured, if by chance the transaction information is leaked, the information about individual purchasing patterns, financial information and health status might be sold to marketing companies. Worse, since the use of digital cash is still in infant stage, the high securities might not cover every possibility which a hacker can break into the system and illegally make purchase using other consumers’ identity.

Although digital cash seems to be the solutions to a paperless medium of transaction, for the moment it is still not widely accepted by the public. This may be due to the fact that most consumers around the world are still having not much confidence in the concept of digital cash. In addition to that, most consumers from non-developed countries are still more comfortable with present centuries-old medium of transactions – paper notes and coins.

There are many rules that regulate the financial services industry which intent to ensure the stability of financial markets and confidence in the payment system. However, experts believe that digital cash system which allows large numbers of funds to be transferred through nonregulated institutions and organizations could cause disorientation in the stock market, weaken the control of money supply by the national reserve, and hinder the confidence in the payment system. The government is not likely to allow such unregulated system to develop. Contrarily, a digital payment system with such a magnitude may not be too farfetched and would require appropriate regulations by government institute. Possible regulations include requiring reserve ratios in the digital payment system that would help national reserve to control the flow of funds.

Currently, there are many laws that could protect user from fraud and unfair practices, many of which could be applied to digital cash. For example, consumer protection laws apply if a retailer did not deliver a good that the consumer purchased. But this applies to the digital payment only if the transaction is traceable. Thus, proper way of transaction in digital cash must be developed and followed to protect the consumer.

Privacy is also an issue in digital cash, since if the transaction of digital cash is not anonymous, personal data, regarding purchasing patterns, financial information and health status may be revealed to or obtains by undesired party. However if the digital cash system is made anonymous, it may hinder the process of tracing the transaction when fraud or dishonesty happened. Long encryption of personal data and sending of the identity only through secure socket layer (SSL) or similar layers of high security may help in protecting personal data from third party.

Finally, criminal activity is also a major issue in digital cash. Illegal uses of digital cash would probably proliferate if digital cash were used for large value and anonymous transactions. Although cash is the preferred form of payment for illegal activities, completely anonymous, large volume transactions with financial institutions are not possible for cash transactions. For example, there are serial numbers on bills and regulated financial institutions must report deposits over $10,000 and wire transfers over $750. As a result, the federal government would likely want to ensure that no digital cash system was completely anonymous. As noted above, this goal needs to be balanced with the goal of consumer privacy protection. Another option would be to place low limits digital cash account balances. The amount or ease of counterfeiting, fraud and disruption of the digital cash system would also depend in large part on the solution to the anonymity/encryption dilemma.

Digital cash, money that moves along multiple channels (i.e., the Internet), largely outside the established network of banks, checks, and paper currency overseen by the Federal Reserve. Digital cash had been exchanged between ‘big business’ for decades via electronic bank transactions and currency exchanges. But the advent of Internet commerce permitted a much more widespread use of digital cash transactions; as Internet commerce grew, moreover, both consumers and merchants demanded more secure methods of on-line trade. In response to this urgency, new forms of electronic money began to appear in the early ’90s, some aimed at assisting Internet commerce, others aimed at making all traditional forms of currency electronic. With this new technology, come the pros and cons of it. One of the pros of digital cash is its increased efficiency, which would then create abundant new business opportunities. However, taxation and money laundering, instability of foreign exchange rate, disturbance of money supply and the possibility of financial crisis, could arise from this. Another important feature of digital cash is its transnationality, which is the ability to flow freely across national borders. Every bank can issue it and everybody in the world can use it. Inevitably with this, problems again might occur from it, such as conflict between cyberspace and nation states.