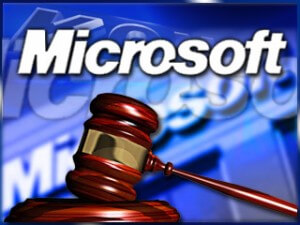 Pervasive as PC’s are now, Microsoft has made clear that they are only the beginning. The company is working toward wallet computers that carry digital signatures, money and theatre or air plane tickets; toward new generations of fax machines, telephones with screens, and car navigation systems; toward Microsoft-run interactive television boxes, office networks and wireless networks, and most potently, toward an aggressive Microsoft role in the Internet itself.The entrepreneurial spirit has long valued by all of us. This is getting more apparent today in the burgeoning computer industry. Many of today’s most successful computer industry leaders started their own businesses. Bill Gates and a handful of other entrepreneurs have achieved spectacular fame and fortune, but there are countless of other software engineers and hardware manufacturers who have developed successful small and mid-sized businesses. Competition among these businesses is the spark that ignites innovation in the computer industry, and it is innovation that brings real choice to consumers in the marketplace. There is one company – Bill Gates’ Microsoft Corporation – has achieved such a dominant role in the global computer industry that it presents a serious threat to further competition, innovation, and entrepreneurship.

Today, a significant majority of the world’s personal computers already rely on Microsoft’s operating system and use Microsoft software. Because Microsoft controls the standards and architecture that control the design of software, the company continues to capture market share, buying up its competitors when necessary (Gleick, 1995). In this information age, consumers have become increasingly dependent on computers and the Internet for both business and personal communications. During this same time period, an astonishing array of new information technology products has emerged. A Microsoft monopoly would likely put an end to this innovation and leave consumers without competitive choices. Microsoft’s marketing strategy is aimed at controlling the market, which is an unregulated monopoly and a real threat to a healthy economy. In Gleick’s [1] words,

“Pervasive as PC’s are now, Microsoft has made clear that they are only the beginning. The company is working toward wallet computers that carry digital signatures, money and theatre or air plane tickets; toward new generations of fax machines, telephones with screens, and car navigation systems; toward Microsoft-run interactive television boxes, office networks and wireless networks, and most potently, toward an aggressive Microsoft role in the Internet itself.”

According to Gleick [1], Microsoft is not a huge company. It has mere 18,000 employees – a fraction of the size of International Business Machine (IBM) and AT&T. Nor Microsoft controls any manufacturing industry (as IBM did), a natural resource (as Standard Oil did in 1911), or a regulated public utility (as AT&T did). So, how does Microsoft actually gain its dominant role in the software market that gives the absolute power to monopoly? The answer lies in Microsoft’s aggressive and covet monopolies that are anti-competitive.

Where It All Begins…

Microsoft expand its empire by begins its monopoly in the computer operating system and software. 90 percents of all computer sold worldwide are IBM and IBM compatibles clones. Microsoft has a operating system license agreement that required all personal computer makers to pay Microsoft a royalty on every computer they manufactured, even the machine does not have any Microsoft product loaded [2]. Some might argue that this is actually a kind of marketing strategy that Microsoft engaged. If you dig into this matter more closely, this kind of act is more like a dictator, who determines and forces someone to follow his way. In a healthy economy, consumers always have the rights to choose whatever products that suits them. During that time, the PC manufacturers were small and had very limited capital. Thus, they could not choose different operating system even if they so desired. They could not afford to pay both Microsoft and another company for a different operating system. According to Kaphing [4], “This classically anti-competitive gambit forced the PC makers into only using the Microsoft operating system”. This agreement was engaged until 1994, when the United States Justice Department had realised about it. Microsoft was barred from engaging this sort of extortion, but then it was too late, the operating system monopoly had been realised [4].

Microsoft has often used its power and dominance to monopoly to computer software market. Microsoft is rarely been well known as an innovation company. A Columnist of DBMS, Joe Celko (1998) stated that,

“I cannot call Microsoft an innovative company. Can you name a single category of product it created? MS-DOS was originally QDOS, Xerox invented the idea of Windows, which Apple perfected, and you can go right on down the line. Microsoft buys or copies (poorly) technology from smaller companies. The smaller company is always killed after the deal. Microsoft’s only innovation is in contracts that lock people into its products or let Microsoft use its technology. Bill Gates is from a family of high-powered corporate lawyers, not engineers.”

It often bullies and intimidates software and hardware vendors into total submission. For instance, in 1985, Apple Computer was forced to license its user interface elements to Microsoft to be incorporated into

Windows 1.0. Microsoft threatened Apple that they will discontinue the development of Macintosh application if Apple reluctant to comply. At that time, Microsoft was the leading developer of Macintosh software. Therefore, without their software, Apple would have been doomed to bankruptcy. Apple had no choice but to give in to Microsoft’s demands. In more recent news, Microsoft has threatened three computer companies over Internet browser contracts. Microsoft forced computer vendors like Compaq, Gateway 2000, and Micron Electronics to include Internet Explorer and Microsoft Network icons on all PCs that came preinstalled with the Windows 95 operating system. Compaq wanted to replace Microsoft’s Internet Explorer with another Internet browser. Don Hardwick, Microsoft’s group manager of OEM sales responded, “Microsoft would terminate Compaq’s Windows 95 license agreement unless the computer vendor carried the Explorer icon on the desktop”. Compaq, at the time, was selling PCs equipped with Microsoft’s rival Internet browser, Navigator by Netscape Communications.

After successfully monopolising the operating system and the computer software market, in recent years, Microsoft has doubled its effort to conquer the cyberspace (or the Internet). The Internet is the most successful new platform for publishing and sharing information. It is developed in an environment that is profoundly anti-monopolistic. Bill Gates initially miscalculated the importance and interest in the Internet. When he realised his error in the judgement, he quickly plotted a new course for Microsoft to conquer the Internet. “Bill choose not to envision Microsoft as a mere competitor in the Internet market, but rather as the dominant, if not sole player” [4]. One of the Microsoft’s strategy to dominate the Internet is to crush Java – a new computer programming language developed by Sun Microsystem to write programs that will run on any computers, regardless of the operating system. It is also playing an important role to develop a feature-rich web page. Java allows users to pick the most appropriate hardware or operating system to run their software [3]. If Java is successful, then Microsoft loses one of its prime advantages, the wide range availability of inexpensive software for Windows. Bill Gates wants the Internet entirely depends on Microsoft, thus it creates a special version of Java programming language for Windows. Its version will not run on non-Microsoft operating systems, damaging the original promise that the same software will run on different computers. This will permit Microsoft to exercise the same type of proprietary control over Microsoft Java applications that it does over other Windows applications. A consumer advocate, Nader [3] stated that,

“By monopolising the browser market, and by destroying Java’s promise as a cross-platform language, Microsoft will be in a position to transform the Internet radically by moving toward a new set of Microsoft-owned or Microsoft controlled standards for Internet publishing and electronic commerce.”

Microsoft’s monopoly in the information age will have a direct impact on the software industry. Microsoft is aggressively seeking to shape the future of personal computing, Internet publishing and electronic commerce. It has achieved a dominant position in the computer industry and is poised to extend its reach. Is what Microsoft did are good for our future? No, as this will diminish the innovation in the industry. Since the industry revolution in the early 18th century, it was innovation that spawned many new

technologies that paved the way for the future. When personal computers were first entered the market, there was an enormous innovation in the computer software. In recent years, as Microsoft has come to dominate the software market one after another, there are fewer and fewer new entrants or new products in these markets – or in another words of saying, far less innovation. We have to follow the path that Microsoft paves, and uses the technology that Microsoft develops. These will surely a great lost to us, as the famous Silicon Valley technology lawyer, Gary Reback mentioned, “There’s little benefit to having a standard being controlled by a single company”. As Microsoft keep destroying its competitors, our alternative sources for computing solution will drastically decrease.

Microsoft’s monopoly has also limited the freedom of choices among PC manufacturers. Microsoft often force a computer manufacturer to license one of its software products by threatening to withhold a license for Windows 95. PC manufacturers have to follow the configuration and prices which has been accustomed by Microsoft. This will often increases the prices of a personal computer, as said by Gleick [1], “If one company controls the market, it sets the price, controls the quality and determines the availability of products”. PC manufacturers will have no direct control to the software package that pre-install on their PC as they should be. With a Microsoft monopoly, PC manufacturers might expect higher prices, lower quality, and more delays in new product roll-outs, as it does not need to maintain its competitiveness.

Today, personal computer has been playing a momentous role to serve the society. The banking industry relies enormously on PC for every conceivable transaction. Communicating without email, fax transmissions and other forms of computer aided information transfers is unimaginable. Air traffic controllers rely on their computers to safely land and route thousands of planes into airports around the world everyday. The fundamental issue to address is this: With the momentous role that PC serve in society today, is it really a good policy to have one man, in charge of one company, that exclusively controls the technology running virtually every aspect of our lives? The answer is definitely no. The United States government had realised the effect of monopoly abuses since the late 19th century and had set a strong anti-trust laws, chiefly the Sherman Antitrust Act of 1890 and the Clayton Act of 1914. As Gleick [1] notes, “The essence of anti-trust is an American view that the public has an interest in preventing excessive concentration of economic power”. Anti-trust laws are not just intended to protect competitors from anti-competitive practices. These laws are also supposed to protect consumers! Now, it is time for us, as consumers to speak out, loud and clear, and demand federal officials to enforce the anti-trust laws. If we do not, there is a good chance that Bill Gates’ Microsoft Corporation will take our choices away, with no other alternatives left for us to turn to! This is often the most probable scenario of monopoly!

Most people when they think of starting their own business, earning a lot of money... 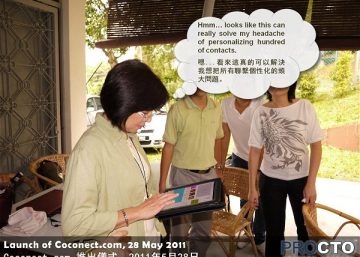 After months of hard work, Coconect.com was unveiled on 28 May 2011, launching their premier...